For the last couple of days (at the time when I started writing this), I’ve been reading about the girl who worked for Yelp. She couldn’t afford the life and wrote an open letter to the CEO which just made things worse (if you ask me) since they eventually let her go. Well, I have to say while reading her ‘letter’ I kind of had the same feeling I had when I wrote “how to eat with no money”. The same feeling at the beginnings of TSB, not so long ago, and she reminds me why we even started this. We share the same struggle. And, even though it’s sometimes different on some levels, you don’t always have to learn from someone else’s mistakes. Of course, I will not go any deeper into this story and whether her actions were right or wrong, but some things need to be corrected. There shall be justice!

I have to say that what bothered me the most throughout the text is her ignorance about the food. Which could be seen from the confession for eating only rice. For fuck’s sake! I got nothing against rice, but just there are so many things to eat. Cheaply, too! I come from a country that ranks number 2 in the world according to the bread consumption per capita. So what makes rice tasty is only the fact that we eat it with bread. It’s time to present another stomach-filling ingredient. This one sometimes doesn’t need anything else to be tasty: Potato Goodness! And not just that, but 4 ways to prepare it with little money. You might want to know that potato itself is fairly cheap all around the world (cheaper than rice).

Although it was brought to Europe from America, it can be found on most European dishes. From what I know, Poles will be more than happy to see their fellow ziemniaki (potato) prepared in a couple of ways they didn’t know.

The main point where fried potatoes differ from French fries is the way you cut them. Here, you don’t have to spend half a day trying to make toothpicks out of potatoes. Just cut them into cubes or any way you can. Fill the frying pan with a good old sunflower oil (at least one finger width), wait till it’s warm and put the goodness inside. You can season it with salt to get those carbon hydrates that will keep you energised throughout the day.

Potato in the oven

In my native language, we call this “potato in underwear”. As for the origin, I have no fucking clue and actually I am not sure whether this is in terms of “it’s all dressed up” or “it’s almost naked”. But, it is since it’s being baked in the oven without peeling it. Don’t worry, you won’t die. After it’s done, you can easily peel the skin and eat the sweetness from the inside. While eating, have your friend, saltshaker, next to you. 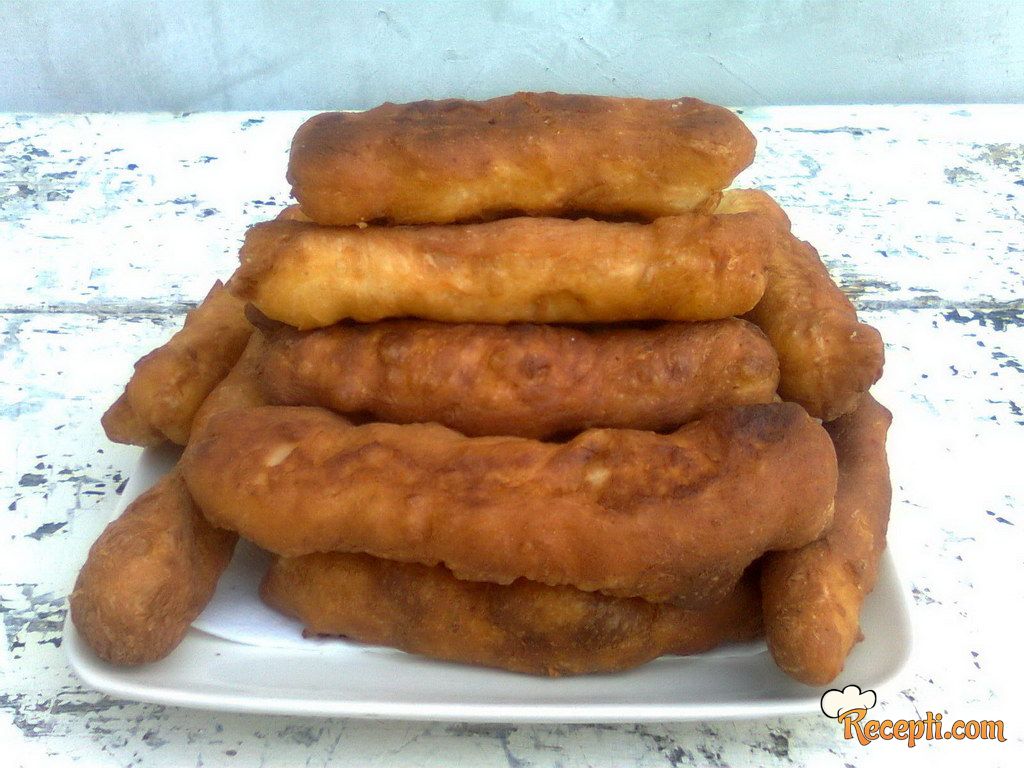 This one requires more effort to be made than what you might be willing for a meal, but trust me, it’s worth it. First, you need to make mashed potatoes so if you feel bored at this point, you can just take some bread and enjoy your meal. Hardworking ones, listen up. Once you have your mashed potatoes all you need is to add flour until you make a dense mass. Then, you flatten this mass with a rolling pin and cut it into shapes that you like the most. Normally it’s shaped in a parallelogram, but you can cut it as your sick mind prefers.

Just to mention that no boy from Balkans would grow big enough to finger a girl on camping if it wasn’t for this treat.

I never understood the need to make a food that looks like a meat, except that it’s not. Not until I became a student and literally had to forget about the existence of meat since I couldn’t afford it. But, I still want it and have to trick my mind somehow. So, here we go. After you peel the potatoes, grate them and leave for about 10 minutes to chill out prior to being eaten. Cut the onion into small pieces (or grate it as well) and add it together with one egg, and salt and pepper according to taste. Fry it in the pan and it’s done. If you find it somehow disgusting, just add more salt. I also couldn’t help thinking that this could’ve been called a potato burger, but ok.

Short advice for the end. Since not all of us are blessed with awesome cooking skills and ability to eat all sorts of crap, just buy a bag of frozen fries and don’t fuck about.

You have to deal with it: the Erasmus is finished and you are back home. … END_OF_DOCUMENT_TOKEN_TO_BE_REPLACED

The Erasmus program is one of the best things ever. That's the truth. God … END_OF_DOCUMENT_TOKEN_TO_BE_REPLACED

During my time abroad I always lived with men. Why? No idea but it was … END_OF_DOCUMENT_TOKEN_TO_BE_REPLACED